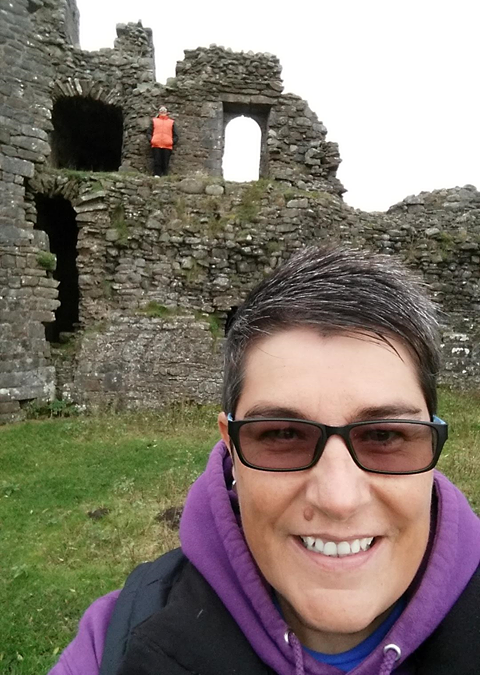 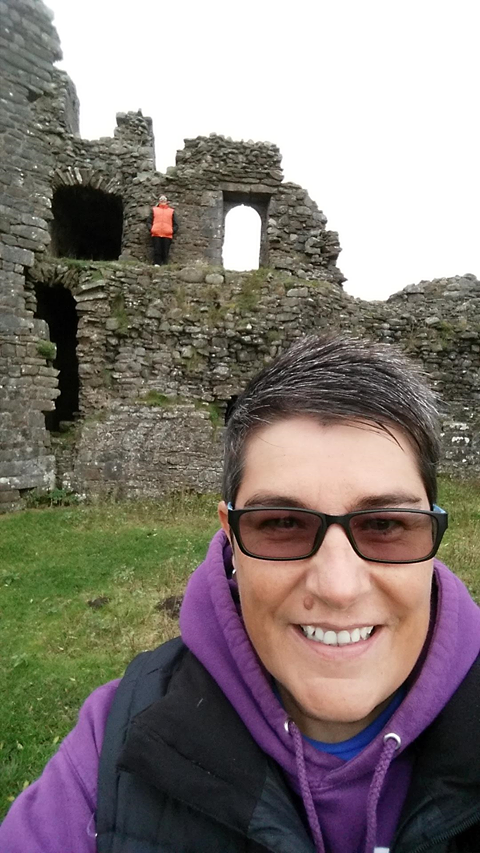 When Tally first asked me to do a list of pros and cons of home ed I thought well that’s easy, there wont be any cons!

When we removed H from school she was the lowest I have ever seen her, she was unable to attend most days and even on a good day she was barely coping with getting through the day.

She had stopped attending all but one of her after school activities and even the one she was attending she needed to have a sleep before she could go. She was in a desperate state and rapidly shutting down.

We knew we couldn’t continue but we didn’t know what the solution was for us.

Then on the 2nd June 2015 we said enough we can’t do this anymore and we stopped sending her to school. Initially we signed her off day by day by texting the school each morning to say she was too anxious to attend. This continued for the rest of the summer term. We had one meeting with the school at the end of June but they were still in denial that H had any problems. The SENCO even said in that meeting that she still didn’t believe that H needed any 1:1 support despite the local authority having produced a draft statement stating that she was to receive 17.5 hours of 1:1!

H in the meantime was already showing signs of recovery. She started going back to her evening kayaking club and her scout band. She slept late and had lots of rest times in the day.

In those early days we had one rule and that was that she needed to leave the house everyday. In the beginning that was more for me but I realised quickly that she was benefitting too. Some days we went for walks, scoots, bike rides in our local park which is huge and very beautiful. We went to cafes for lunch or took picnics out with us.

We started to keep a photo journal of our adventures which was meant to be a strategy for keeping H writing but that fell by the wayside very quickly when it became clear that the trauma of struggling for so long and then suddenly not having to cope anymore meant that she refused to take part in anything that looked or felt like school.

We spent the summer making plans and joining Home ed face book groups so that we could see what was out there that we could join in with and also having fun and exploring new places while most children were still in school.

I was still working at this point so there was some Holly juggling involved but her dad works shifts and my eldest daughter and a good friend helped out. Once I broke up we went away and knew 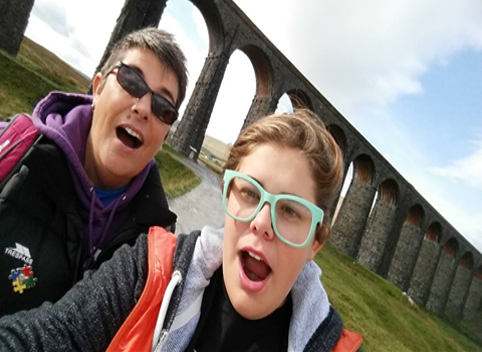 that our decision was made we were not sending Holly back to her school for yr 8, we were going to take a break and see where the next step of our journey led us.

The original plan was that I would keep working but due to issues over my pay I decided to give up my job as an early years SENCO and complex needs 1:1 and I would take responsibility for H and home ed.

Anyway, enough waffle, maybe more another time if Tally asks me for more! On to the pros and cons list:

Flexibility , we can opt in and out of thigs as we choose or need to. We can go to activities and leave if H is not enjoying them. We can do something different each day. We can get up late if we have had a late night. We can have restful days if she has an evening activity.

Family time, because H’s Dad works shifts we used to struggle to get family time, especially when H was constantly exhausted from being at school. Now we can go out in term time during the week on H’s dads days off.

Places are quiet ,  Since H was very little we have had difficulty visiting popular places such as castles, museums, theme parks, zoos etc. Now that we can go in term time we have found a whole new world out there that she can access. She has never wanted to go to busy places but now she will happily explore and enjoy these places.

Learning through real life,  H like many people with autism doesn’t transfer skills very well from one environment to another so now we do history in real castles and museums and geography at real rivers, lakes, mountains, parks, seasides. When H wants to cook something she can find a recipe, go to tesco to buy the things she needs, bring them home and cook them and share them with us.

Recently H took part in a home edders craft fair, she decided what she wanted to make, she ordered the materials from amazon, she planned and made the craft items, she priced them and we took them to the fair and sold them. She interacted with people she knew and didn’t know,  she handled money and gave change. She was so pleased to have made some money too. When I sat down and thought properly about all the processes involved in that one activity  it struck me what a great learning opportunity it was for her and the other children.

Being happy, H was never really happy at school, it was always very difficult for her, the noise, the smells, the busyness, the pressure, the uniform. Pretty much everything was hard for her and impossible on bad days. Now she is happy most days, she does still get very anxious sometimes about changes to plans or new groups etc but generally she is happy and keen to join in her activities. She has evening groups 4 evenings a week and is loving her music groups. When she recently started a new group where she knew on one, she found the second session really hard but bless her she was able to go and now she is settled and she loves it. We have met some amazing people through home ed and we have a nice group of familiar people that we spend lots of time with. There are people of all ages in the group from 5 upto parents. The children and young people are never left to fend for themselves they are always really well supported by familiar adults.

One for the girls, Periods, when H was at school she wasn’t using the toilets at all! This had been flagged by OT, EP and us many many times but school just didn’t see it as a problem. Thank goodness she didn’t start her periods while she was there or I don’t know what stress she would have been under. Now she is at home we can adjust our week and if she needs to be at home then that’s what we do.

I could probably ramble on forever talking about the positives of home ed but of course there is a flip side which is important to mention.

Financial, at the moment I am not working and we are not getting any support from our local authority, however that could change soon as we are converting H’s statement to an EHCP and we may be able to get some support for some of the things she needs which are very expensive. We are currently running our home ed program on H’s DLA.

Therapy, H has never and still isn’t accessing any kind of therapeutic work for her anxiety and selective mutism, if she was in a specialist setting she would be. We are just about to start paying for someone to work with her because she still struggles with anxiety and is demand avoidant when she is anxious which makes life tricky. We haven’t been able to make much progress with this because we are not trained and are too close to her. Also although we have accessed parent courses and parent support groups to help her we just fly by the seat of our pants mostly.

Space, We all spend a huge amount of time together, which is both an advantage and a disadvantage. There have been times when I have felt like I am suffocating but I am getting better at getting myself some time out. H’s dad and I have a Thursday night date night when he isn’t working, while H is at one of her bands. We sit in costa and chill for 90 minutes and then go back and fetch her. She is getting better at being left at home for short periods of time, while we maybe go for a walk or even shopping. She wont stay away from home over night anywhere without us but that’s ok, we take our caravan away to lots of different places and get to explore together.

Changing plans, this is a tricky one and not in any way a dig at the home ed community who have helped us so much but there is a tendency for people to be much more laid back and because most of them are child led, if they wake up in the morning and no one wants to do the activity that is planned they simply don’t do it! This is a big problem for H  and I  because I may have spent lots of time preparing her for something and encouraging her to give it a try and then it doesn’t happen. Or if its something she loves and it gets cancelled she does become really upset and will sometimes retreat to bed under her weighted blanket.

Motivation, Its all up to me really, sometimes H finds it hard to motivate herself so I have to do all the work, that can be exhausting. She is currently getting ready to take her grade 4 trumpet exam, she is apparently desperate to do it but will she practice? Then if I suggest in any way that she ought to she goes into demand avoidance mode and then it can get very stressful.

Despite the negatives home ed is a million times better than mainstream school. If we ever find a small specialist provision that will consider part time or flexi provision maybe that would take some of the pressure off me but in the meantime we will stick with what we have, if it aint broke don’t fix it!